In September, we see a performance report that is weaker than expected, and a payrolls report in which all good or all bad factors are not together at the same time. 194K in the headline, 317K in the private sector (indicating that the public sector employment decrease is effective, the private sector created more jobs than the total), the unemployment rate is 4.8% (good for movement towards Fed targets, but the shrinking pool is a question mark), and there are realizations of 0.6% and 4.6%, respectively, on a monthly and annual wages basis. Expectations were 500K in headline payrolls and 5.1% in unemployment. We have to interpret a complex structure again.

Let's look at the finer details first. The decrease in the unemployment rate is in line with the Fed's 4.8% target for the year-end projection period. It is positive only from this point of view, but when this condition is evaluated in terms of the workforce pool, it does not seem to result from the placement of more people. There is a decline in the participation rate from 61.7% to 61.6%. On the other hand, the long-term unemployment rate has decreased from 8.8% to 8.5%. Despite the end of pandemic aid and social support, we still see that enough Americans do not return to work life. As the impact of this in terms of labor demand and the impact of social benefits cease, we will start to see more job applications. So the pool will expand. However, there are still some problems that companies cannot foresee in terms of increasing employment. Financial stress, borrowing costs, slowing production and the Covid Delta epidemic that could not be fully recovered. So, in this case, the development will also depend on the opening of new job positions.

Wage increases can also be problematic in terms of the source of inflation. In September, the monthly increase was 0.4%, while wage inflation was 4.6% on an annual basis. Due to the revisions, wage inflation seems to have increased from 4% to 4.6% from August to September. It may force the Fed to take action, as the mainstay of demand-driven inflation will be the autonomous consumption effect of earned wages. The notion of temporary inflation stemming from the mobility effect of reopening may also be affected by the wage cycle. If we assume that inflation determines the rate of wage increases, then in the secondary context, we have to look at the concept of temporality not only from the axis of global costs, but also from the axis of demand. This is where the factor that demand-driven factors are subject to central bank policy instruments emerges here.

If we look at the sub-items; Employment in the entertainment and hospitality sector increased by 74K in September, with continued employment growth in the arts, entertainment and recreation sectors (+43K). Employment in catering and drinking establishments changed little for the second consecutive month, compared with an average monthly increase of 197K from January to July. Professional and business services added 60K jobs in September. Retail trade employment increased by 56K in September. Employment fell by 144K in local education institutions and 17K in public schools in September. Employment in private education has changed little (-19K). Most back-to-school recruitment typically takes place in September. This September, hiring was lower than usual, causing a drop after seasonal adjustment. Recent employment changes are difficult to interpret, as pandemic staffing fluctuations in public and private education disrupt normal seasonal hiring and firing patterns. There are 32K realizations in IT, 22K in construction, -18K in healthcare, and -123K in public, while little change in financial activities and other services. The public situation will need to be looked at separately, because the temporary borrowing ceiling agreement will be enough to meet the government obligations in November and it is possible to return to the previous position on 3 December.

Tapering is not over and the Fed is unlikely to back down. While employment increases are on a monthly normalized path, we think that the Fed will look at economic progress from an interest rate hike perspective rather than tapering. As a result, the rate hike phenomenon has become uncertain, not the tapering which is expected to be announced soon. 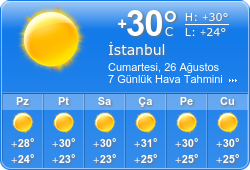 US: NFP complexity that will complicate the Fed's approach to the issue

US: Price effect on home sales

US: ADP misses expectations by a large margin

US: Employment detail in ISM, reflection of supply shortages